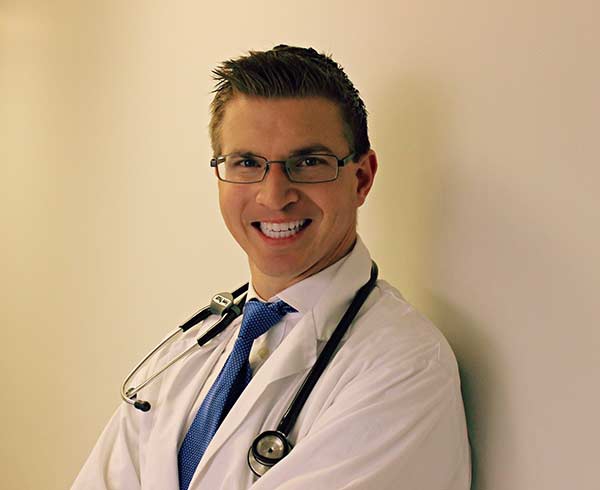 Dr. Tilley was born in St. John's, Newfoundland. Prior to medical school, he attended boarding school in Toronto (Upper Canada College), and earned an Honors Bachelor of Science in Biochemistry from The University of Arizona. Dr. Tilley studied medicine at Memorial University of Newfoundland where he was on the dean's list. He remained at Memorial to do specialty training in Internal Medicine , and was the chief resident in his final year.

In 2011, Dr. Tilley moved to Alberta to train in Cardiology at The University of Calgary, where he became chief resident in his final year. During that time, he performed research in cardiac arrest that was presented at international scientific meetings. At the completion of his training in Calgary, Dr. Tilley was given the Peter F. Russell award for clinical excellence.

In 2014, Dr. Tilley moved North to Edmonton to do a fellowship in Echocardiography, also working on a locum basis as a staff cardiologist at the Mazenkowski Alberta Heart Institute and in Red Deer Regional Hospital. In 2015, Dr. Tilley completed training at the Cleveland Clinic in Carotid Doppler.

In July 2015, Dr. Tilley started a full-time position as a staff cardiologist at Red Deer Regional Hospital. He performs locum work at the Mazenkowski Alberta Heart Institute in Edmonton, and is a Lecturer at The University of Alberta.