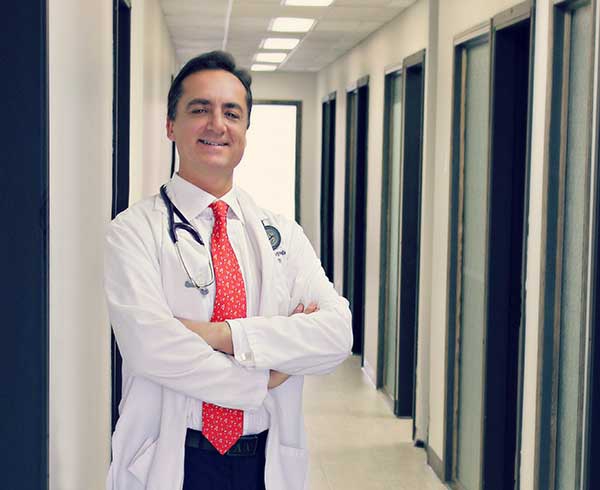 Dr. Nogareda graduated from at La Plata University in Argentina in 1994 with Masters in Chemistry and Doctor of Medicine (MD) degrees, both with honors. During his Internship he was honored with the “Intern of the year” award at Columbia University, New York, USA.

During his cardiology residency he found passion in clinical research and conducted a national registry on acute coronary syndromes and a clinical study on mechanisms for myocardial protection leading to receiving the award for Researcher of the Year, by the Buenos Aires University.

He received specialty training in Invasive Cardiology at the Buenos Aires Italian Hospital and participated in the first study demonstrating the superiority of angioplasty for treating patients with STEMI, which is currently considered the standard treatment.
His passion for research is also demonstrated by his participation in funding a center for the national coordination of international clinical trials in Argentina (TANGO: Trials Argentina Group Organization), where he coordinated trials testing anticoagulants and thrombolytics.

In Argentina he co-hosted a TV show dedicated to promoting healthy living, nutrition and exercise.

Dr. Nogareda relocated to Canada in the year 2000 to receive further training in Invasive Cardiology at the University of British Columbia where he conducted a study allowing predicting the presence of renal artery stenosis and tested a novel stent design at the UBC animal lab which is currently implemented for humans with cerebral aneurysms. He later completed a fellowship in Echocardiography at the University of Toronto where he participated in clinical research on aortic aneurysms, hematomas and dissection.

In 2007 he was appointed Clinical Assistant Professor tenure at the University of Alberta and joined the Red Deer Regional Hospital to help develop the Central Alberta Cardiovascular Sciences Department. Here he implemented the stress echo program, conducted many clinical research projects and lead the Heart Function Program for Central Alberta. In 2008 he founded the Red Deer Clinical Assistant Program which he leads.

In 2014, he founded the Healthy Heart Institute. In 2015 he completed training at the Cleveland Clinic on Carotid Doppler and in the same year was appointed head of the Central Alberta Cardiovascular Sciences Department. He is currently focused expansion on the cardiovascular sciences program in Central Alberta to improve outcomes for patients with cardiovascular disease.